More adult Australians than ever took to online retailers and department stores for their Christmas shopping in December 2017, (14.4 million), growing the number of people who visited the online mass-merchandise sub-category by 6.3% when compared with December 2016.

Almost nine million (8.8 million) adult Australians spent an average of 56 minutes online during December 2017, searching and shopping in the mass-merchandise sub-category via desktop. More Australians accessed via their smartphones (9.3 million), however with a lower average time of 18 minutes per person, followed by tablet with 4.9 million people who spent close to 17 minutes on average per person.

Grocery retailers also fared well with their online offerings over the Christmas period, with Woolworths, Coles and ALDI all reporting notable growth in audiences to their sites and apps.

Online electrical and department stores also saw an influx of adult Australians in December 2017 when compared with the year prior, despite some individual brands showing

December 2017 digital news rankings released today by Nielsen revealed that news.com.au (5.6 million) remained the top news entity and grew 7% when compared with prior year. In second place was ABC News Websites (4.5 million, +8%), who moved up from third when compared to December 2016, switching places with nine.com.au (4.4 million, +3%) who secured the third spot. Smh.com.au (3.8 million, +4%) remained in fourth place.

In comparison with December 2016, there were changes in the ranking order for the next six news entity rankings. Yahoo7 News Websites (3.0 million, +21%) moved from seventh to fifth place, followed by Herald Sun (2.4 million, +9%), which jumped from ninth place to sixth place. Daily Mail Australia (2.3 million, -14%) which had previously held fifth place in December 2016, moved back to seventh place. Next was The Guardian (2.2 million, -13%) which dropped from sixth to eighth and BBC (2.2 million, -10%) which moved into ninth place from eighth place. Lastly was MSN News (2.1 million, +6%) which moved into the top 10.

REMINDER: Nielsen Digital Ratings (Monthly) measures content directly to the publishers’ websites and apps. It does not include content consumed off-platform. 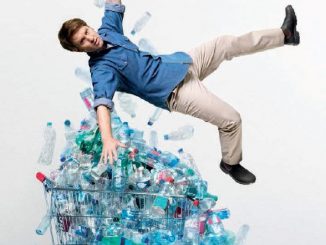