True North’s BenchMark EC Index measures Emotional Connection and is a combination of respect, enjoyment, trust, pride and bond.  So why do the Sixers take out the top spot? Because they lead the way for both engendering a deep sense of pride in the team and for developing a bond with Australian sports fans familiar with the team.

What’s striking about the Big Bash team results is that every team across both the women’s and men’s leagues has an above par BenchMark EC Score™ amongst those familiar with the team.  This stands in contrast to every other code evaluated both in this Summer wave and the previous Winter wave, which has at least one team with an average or below par emotional connection score.  Furthermore, the BBL teams dominate the enjoyment rankings, taking out the top six spots of 44 league teams evaluated.

Women’s teams continue to perform strongly on emotional connection, particularly for ‘trust to uphold the integrity of the sport’.  The Adelaide Crows top the trust ranking and rank first in 12 further BenchMark attributes evaluated, including work ethic and giving back to the community.

The importance of emotional connection is crucial, as Georgie Maynard, Director at True North Research, explains: “We are not logical when it comes to sport. Our emotions drive our decisions around whether we attend a game, watch games on TV, engage with a team’s sponsors because sport is emotional, and we thrive off the thrill that sport delivers.”

In other results, the Matildas are our most loved National team, while the Australian Men’s Cricket Test Team have battled back from last place amongst 13 national sides in the October 2018 wave to, 8th.  The Diamonds maintain their third spot, while Suncorp Super Netball is the league Australians feel most emotionally connected to once familiar with it.

In an evaluation of 12 major competitions in Australia including the AFL/W, NRL, W/NBL, W/BBL and A/W-Leagues, Super Netball leads the way.  It is the league Australian sports fans hold most respect for and ranks in the top three for the other core values of enjoyment, trust, pride and bond.

The importance of emotional connection is underlined when we look at the impact this has on sponsorship performance.  BenchMark has evaluated over 800 sponsors including over 170 league sponsors; amongst the latter four of the top five league sponsors that see the most positive reactions to their sponsorships (i.e. sentiment, consideration of the brand, usage and more trust in the brand as a result of the sponsorship) are Super Netball sponsors.  Furthermore, Suncorp is the only sponsor to rank in the top 12 for the most recognised league sponsor and most positive reactions to sponsor.

Maynard continues: “Women’s teams and leagues have a strong emotional connection, and this translates to strong sponsor outcomes.  The challenge remains to get more mainstream airtime and attention to broaden their appeal and reach a larger audience. If women’s teams and leagues can continue to grow their familiarity then only greater rewards will await their sponsors.”

Marne Fechner, CEO of Netball Australia, explains why she feels Super Netball ranks top: “Netball has a long history of bringing people and communities together to celebrate their love of the game.  The findings in this report reinforce Netball Australia’s vision for Suncorp Super Netball to be the number one sporting league for women worldwide and highlights what we’ve known – that our fans share a real passion and connection to the league, clubs and players.”

Chris Symington, CEO of Suncorp Super Netball, adds, “We are driven to set new benchmarks to make Suncorp Super Netball the best women’s sporting league in the world and this data is an acknowledgement to the fans who have a genuine advocacy and passion for netball in Australia.

Commercially, the results are recognition of the strong alignment and value proposition netball provides brands who want to connect to women and girls and establish genuine partnerships.”

About the research
The research is an independent study conducted by True North Research.  An online survey ran between 4th April – 3rd May 2019. A sample size of n=4291 Australian residents aged 16+. The sample was provided by The ORU, Australia’s leading online data collection agency.  Respondents must be at least ‘somewhat familiar’ with the team being rated.  Emotional Connection is a combination of respect, enjoyment, trust, pride and bond.   National sides, Summer League teams and 12 Leagues were evaluated.  In October 2018, BenchMark evaluated the Winter League teams.  BenchMark provides regular opportunities for Rights Holders and brands alike to truly gauge how well a sports property and its sponsorships are performing in terms of emotional connection.

Photo by Waldemar Brandt on Unsplash 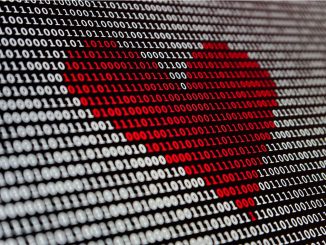