Trade wars have seen the volume of world trade stall, and that’s pretty unusual outside of global recessions.  But the true damage is the uncertainty that all this creates:  businesses and families fear politicians will surprise them, and that makes businesses less likely to risk their money betting on expanding future sales.  The more trade exposed nations -including Germany, Japan and several Asian Tigers – have suffered more.  So has the UK, with its pain magnified by the self-inflicted injuries of Brexit.

The US has held up better, but some leading indicators have the wobbles.  China has held up too, with fading trade partly offset by rising stimulus and resilient consumers.  Overall global growth looks set to stay in the slow lane through the rest of 2019 and through 2020 as well, though the extent of that slowdown looks to be contained as central banks start to boost their assistance to growth, and as government budgets do the same.

Australia has slowed:  falling housing prices mean consumers are cautious and apartment building is falling away, and that’s dragged down economic growth.  So too has a nasty drought.  But national income growth remains right on its longer term average.  Remarkably, despite global slowdown, the world has given Australia a big pay rise, as China’s stimulus means a surge in the demand for and prices of Australian coal and iron ore.

And don’t forget there’s heaps of stimulus, and it’s arriving fast: the election result reduced policy uncertainty, there are big tax cuts hitting pockets in a few weeks, there’s interest rate cuts, plus reduced pressures on bank funding costs, a loosening of the noose on lending for housing by the regulators, plus a modestly lower Australian dollar.  That combination means that the current slowdown looks to be well contained.

Inflation is on an extended holiday all over the world, mainly because unemployment now has to go lower than it used to before it gooses wages and prices.  But few nations have the firepower in interest rate cuts and government budget stimulus to push unemployment low enough – including Australia.  So inflation – and wage growth – may continue to disappoint.  The recovery in oil prices means the CPI shocker earlier in 2019 (there was no change in the headline CPI in the March quarter) shouldn’t be repeated.  But the deeper issue – that both wage and price inflation will struggle to make gains – isn’t going to be disappearing any time soon.

The trade-off between unemployment and inflation has shifted, leaving central bankers fighting to coax extra inflation out of their economies.  That’s truer still given trade wars and uncertainty have sapped global growth.  The same factors dominate in Oz too.  The Reserve Bank is cutting rates as our economy is slower than it was, but mainly because the economy has been slower than it needed to be.  That second factor isn’t well understood.  For years the RBA thought full employment meant unemployment of “around 5%”, but now it thinks unemployment can go a little under 4½% before wages start to party:  Australia can go stronger-for-longer before inflation revs up.  But getting unemployment under 4½% is more than the RBA can do by itself, so official rates are headed to 0.75% or 0.5% pretty fast, and things get more complicated after that.  We may be in for a phase in which Australia joins much of the world in having interest rates very low for some time.  That change of tack by the RBA is keeping the $A under control despite sky high commodity prices.

Chinese stimulus will run stronger for longer, with bigger spillover benefits to the current account deficit.  And the dive in interest rates helps too:  it means a big cut in servicing costs on Australia’s foreign debt.  That combination is a sweet tonic for the current account.  There are longer term risks around sustainability – the Lucky Country’s improved luck may not prove permanent – but the upfront impacts are all good news.

Australia has two population policies:  one constraining migrant arrivals (to the cities), and one letting them grow rapidly (to the regions).  These are aimed at multiple targets – lower migration to help cut congestion costs in Sydney and Melbourne and (the rhetoric argues) to ease unemployment and housing affordability, but higher migration to boost national job growth and support the regions.  Meantime jobs continue to outperform – the flipside of the underperformance of wages – with the public sector taking the lead in job creation.

China’s stimulus is pushing the Federal tax take up at the same time as the housing bust pushes State revenues down.  The good fortune of the Feds may be temporary – weakness in wages is likely to outlast strength in Chinese stimulus – but that hasn’t stopped the good times being promised back to the punters as personal income tax cuts.  To their credit, the States have kept their infrastructure spending pedal to the metal, staring down revenue weakness and cashing in on a big drop in their borrowing costs to record lows.

That mix means fiscal finances will have only a relatively brief brush with surplus before easing back into modest deficit.  Given there’s a long term infrastructure benefit attached to that, that’s not a bad outcome.  What it doesn’t do, however, is leave much of a rainy day fund.  And the Reserve Bank is busily eating into its own rainy day fund.  So let’s hope it doesn’t rain:  policymakers haven’t left much wriggle room if it does.

Performance is narrowing across States, but widening across industries

It’s been a shocker of a drought for Australia’s farmers, but their news should slowly get better from here.  As and when that happens, that will leave construction as the new wooden spooner in the nation’s industrial growth league ladder.  Even though it is the direct beneficiary of much of the current surge of stimulus, construction is being hit not merely by the residential slowdown of the moment, but also because:

It isn’t only construction being hit by Australia’s weaker growth.  Real estate agents and retailers are feeling some of the same downdrafts.  And, as usual, manufacturing also feels the pain of softer conditions.  Nor does it help that, while electricity prices are no longer soaring, gas prices are increasingly problematic for big industrial users – which makes them a problem for both manufacturers and for the utilities themselves.  (Speaking of the utilities, where the policy chips ultimately land is still a guessing game.)

On the other hand many other sectors are doing very well.  We’d been worried that the growth in education may falter, but the falling Australian dollar will gradually provide some renewed tailwinds (aided by Indian student growth picking up where Chinese student growth tails off).  And global commodity prices are bigger than Christmas, generating such a massive jump in mining profits that – despite their caution – more miners are considering new investments.  Forgive the pun, but Adani is the canary down the coal mine.

Yet the biggest winners of all are those sectors directly or indirectly linked to taxpayer funding.  As a simple example of that, public sector jobs have been moving so fast that they accounted for six out of every seven new jobs created in Australia over the past year.  Yes, you read that right.  That continues a phase of strength that began in early 2016, and has continued pretty much unabated ever since.  Most notably, health care is motoring along amid the expansion of the NDIS.  Moreover, sectors which sell a lot to the public sector – such as professional services – have also been among the nation’s standout job generators of late.

At the State level, China’s striking stimulus has commodity prices riding high, and that’s helping WA and Queensland get their mojo back.  But it isn’t helping heaps, as miners aren’t convinced that great commodity prices are here to stay.  Meantime the strong economies of Victoria and NSW have been hit by big falls in housing prices that have spooked families into curbing spending and developers into curbing apartment construction.  Yet Victoria and NSW are also big beneficiaries of the stimulus being ladled onto the economy, and their governments have defied their shrinking tax takes to keep infrastructure spending going.  They’re to be applauded for that.

NSW has been taking hits from the housing downturn, but it’s the big winner from the stimulus packages of the moment – most of which are focussed on housing.  And, to its credit, the State Government is still spending on infrastructure despite a weaker Budget.  That’s enough to keep the State’s outlook pretty solid.

Victoria is slowing amid the slings and arrows of the housing downturn.  But the downsides for Melbourne from property pressures look less damaging today than they did a few short months ago.  And the State’s pumped up population growth should keep it relatively close to the top of the State growth league ladder.

Queensland’s economy slowed as LNG-related construction finished up and as families felt pressure from a lack of income gains.  Yet the Sunshine State’s outlook remains reasonable thanks to Chinese stimulus (which is encouraging miners to spend), as well as tax cuts and interest rate cuts (encouraging families to spend).

South Australia’s families are watching their pennies, while housing construction is on the back foot.  And China’s stimulus helps the likes of WA and Queensland more than it does South Australia.  So, despite the benefits of further falls in interest and exchange rates, the State’s growth may slow a little through 2019-20.

China is doing its darndest to spark recovery in Western Australia, with the State’s miners now adding capacity and hiring workers in iron ore, gold and lithium.  But some sectors are still stuck in the doldrums, including retail, housing and tourism.  So although WA’s recovery is continuing, it remains pretty patchy.

A hot property market has made Tasmanians wealthier, encouraging its families and businesses to spend.  Add stronger exports and a falling $A, and growth is solid.  But don’t break out the bubbly:  while housing risks are mostly a bullet dodged, the soft domestic economy and ongoing trade tensions aren’t helping.

A jump in exports from the $45 billion Ichthys LNG plant is about to make the Northern Territory’s economy expand fast.  But that will bring greater joy to beancounters than to the residents of the Top End – exports don’t have nearly the same ‘feel good’ factor as construction, and conditions remain challenging.

Canberra remains one of the best performing economies in the nation, but it needs to watch two things – the renewed pressure from Federal efficiency dividends, plus the view from Treasury and Finance that spending will trend down as a share of national income.  If the latter proves true, it could be a problem for the ACT. 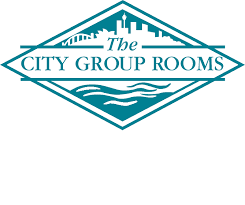 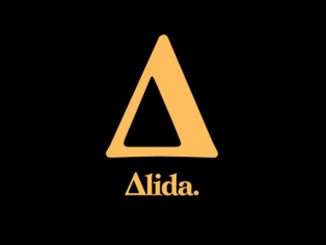 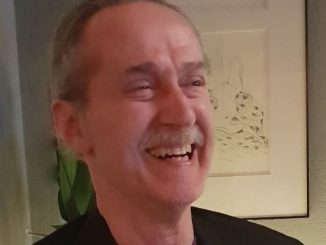