MEDIA RELEASE: 7 August 2019: Optimism amongst Australia’s CFOs has fallen again, amid concerns about both global and local economic conditions.

According to the latest edition of Deloitte’s biannual CFO Sentiment survey, and covering the first half of 2019:

Deloitte CFO Program leader, Steve Gustafson, said: “CFOs are still more optimistic than not, and sentiment is still in positive territory, but it also now fallen across our last two surveys.

“What had been a glass half full on outlook and risk appetite, had become more of a glass half empty, and this new survey, undertaken in June and July, suggests the glass has emptied a little more.

“To an extent, competing forces are at play. Economic conditions, both at home and abroad, are the key contributors to waning optimism, and China is the biggest source of global concern. But the stimulus provided by the recent rates cuts is seen as a major positive, and our survey ran prior to the legislating of the government’s income tax cut package.”

Optimism waning in the face of uncertainty
“With net optimism continuing to fall, a higher share of CFOs also feel neutral about the future prospects for their businesses, and among those remaining positive, far fewer are highly optimistic – just 8%, down from 21% this time last year,” Gustafson said.

“Uncertainty has risen consistently since the end of 2017, when just 50% of survey respondents rated the general level of external financial and economic uncertainty above normal. This has grown to 71%, and given greater uncertainty fed by the likes of trade wars and Brexit, as well as weaker optimism, it’s not surprising that 57% of CFOs believe now is not a good time to be taking on risk.”

Abroad? It’s about China
“CFO fears have risen about the possibility of global growth stagnating for an extended period of time, and China is still the biggest concern by far,” Gustafson said.

“Net optimism on this front has turned into net pessimism, as more CFOs believe the possibility of a China hard landing scenario is worth preparing for. Nearly half report that rising trade tensions between the US and China have already negatively affected their businesses, and they fear the worst is yet to come over the next four years.”

At home? It’s about economic uncertainty (but rate cuts welcomed)
“Domestic financial conditions are creating favourable operating conditions for many businesses,” Gustafson said. “Interest rates are low, our dollar is fairly steady, some commodity prices are working well for exporters, and the share market has been enjoying the cuts to interest rates.

“But there is significant concern about our overall economic performance. Net pessimism about the Australian economy has grown almost three-fold since the end of 2018, and CFOs are almost as concerned about our economy as they are about China’s.

“On the upside, one area where CFOs are happy is the RBA’s recent interest rate cuts and their impact on the broader economy, and just over 75% are expecting to see at least some stimulatory impact.

“The combination of interest rate cuts and rising uncertainty has also made external sources of funding far more attractive than spending profits. Over the last six months, the net attractiveness to CFOs of bank borrowing, corporate debt and equity issuance has risen, while that of internal funding has declined.”

Focus on M&A
Nearly one-third of CFOs expect to see an increase in their business’s M&A activity over the next 12 months, with the most critical driver being to expand or diversify products and services in response to rapidly shifting consumer demands.

“CFOs said their businesses were increasingly eager to please a diverse range of customers, and this came with the added benefit of reducing risk across market segments,” Gustafson said.

“M&A also isn’t just about expansion. Almost a quarter of CFOs expecting their company to divest a business in the next 12 months, with key motivations either portfolio reshaping removing non-core components.”

And looking ahead…
Gustafson said the majority of CFOs expected interest rates to fall over the next 12 months while a larger share of CFOs expect the exchange rate to remain stable.

“Expectations for rates over coming months are predominantly that they will be either the same or lower. This is a 180 degree reversal from this time last year, when no CFOs believed interest rates would decline over the next year,” he said.

“And 36% believe the Australian dollar will be lower in 12 months as interest rate differentials increase.” 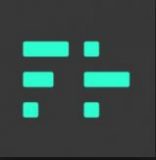 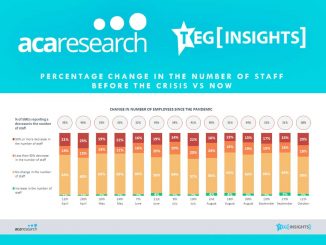