MEDIA RELEASE: 9 August 2019: The Association of Market and Social Research Organisations (AMSRO) has called for nominations for its inaugural Jayne Van Souwe Research Industry Leadership Award. Each year the award will be given to a single individual who has made a significant contribution to the growth, promotion or advancement of the Australian research, data and insights industry.

From humble beginnings the Australian market research, data and insights industry has evolved into a billion dollar industry employing thousands of Australians, and playing a central role in informing the decisions of business and government alike. The Jayne Van Souwe Research Industry Leadership Award has been instigated to pay tribute to those people who have dedicated significant time, energy and expertise to move the wider research and data industry forward.

The award is named after research veteran Jayne Van Souwe, who passed away in April this year. Jayne was a long-standing member of the AMSRO Privacy Compliance Committee (2008-2019), an AMSRO and AMSRS board member, and was instrumental in ensuring that AMSRO established Australia’s first industry privacy code which was legislated in 2003. The privacy code ensures that member organisations apply the highest ethical and privacy standards when conducting research and set the framework for the introduction of the AMSRO Trust Mark in 2014. Jayne was also part of the team that developed the industry’s code of professional behaviour.

The award will be judged by three former AMSRO Presidents – Nicola Hepenstall (former CEO of Hall & Partners Open Mind and board member of The Front Project); Martin O’Shannessy (Partner at OmniPoll and former CEO of Newspoll); and Yvonne Wallis (former Managing Director of Wallis Consulting Group).

“We are delighted to name this important award in honour of Jayne Van Souwe, who gave so much to our industry during her 35 year career. The thriving research, data and insights industry that exists in Australia today has been built on the activities and efforts of individuals like Jayne who have devoted their time and energy to building businesses, lobbying government and advancing our research practices to drive the industry forward. As the industry increasingly embraces technology and automation, it is important that we continue to recognise that great and inspiring people remain essential to driving the industry forward,” AMSRO President, Craig Young, said.

Individuals from AMSRO member companies are invited to nominate anyone based on the following criteria:

The independent judging panel will also consider the following:
• How has the nominee contributed to the industry to benefit others?
• How have they demonstrated leadership, innovation and creativity?
• The degree of difficulty of the achievement (and sacrifices made)
• The nature and length of activity or service
• Current and likely future impact of their contribution.

Nominations for the leadership award open on 12th August and close on 13th September. All members of the research and data and insights industry (AMSRO and non-AMSRO research professionals) are eligible for nomination.

The award winner will be announced at the AMSRO AGM special event on November 14th 2019.

When and how are Australians accessing their digital news content 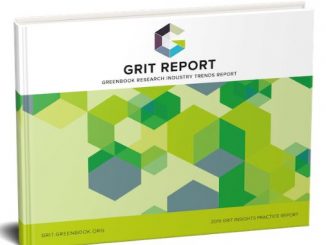