IWD is a time to reflect on how far we have come in relation to gender equality, according to McCrae. “IWD is a time to be grateful for the generations before us who have paved the way for greater equality for women, but also ensuring we are consistently recognising the obstacles that still exist today and taking actions to remove them,” she says.

While morning teas and events designed to celebrate how far we have come are important, leadership, opportunity in the workplace, and income are key litmus test points when it comes to gender equality.

DBM’s Direct Connect panellist poll2 found that there was a sizeable gender divide in relation to whether skill level or diversity is more important in recruitment. Just over half of females believed both attributes are equally important, compared to just over a third of males.

Gender equality not a ‘women’s issue’; rather an issue for all
According to DBM’s Direct Connect poll3, 63% of females versus 48% of males said IWD was somewhat or very significant personally. Respondents were generally more likely to agree that women still experience inequality in the workplace as their age group increased.

McCrae notes that the proportion of men actively involved and engaged in improving gender equality in Australian workplaces is improving. “Early in my career gender equality was still very much seen as a ‘women’s issue’,” she said. “As a result, women were the ones advocating for change. Whilst those women advocates should be celebrated, what’s becoming more and more obvious is that to achieve true gender equality, we need both women and men to be playing an active, and even proactive, role in driving change.”

Working parents still need more flexibility
Whilst headway has been gained, McCrae acknowledges remaining challenges ahead. “No matter how much change there is in the gender equality space, there is one thing that can’t be changed and that’s physiology,” she says. “Women still bear children, and unfortunately taking time out to have a family still has a massive impact on the careers of women.”

COVID19 has raised other challenges regarding the workplace. Compared to males, fewer females felt that the pandemic allowed them to work flexibly, and more females found home-schooling challenging during lockdown.

McCrae says many women choose not to work after they have children, but sees many women additionally choosing not to work because it is expected of them due to gender stereotypes, or it not being financially worthwhile due to childcare costs.

“I’d love for women to be in a greater position of choice,” commented McCrae. “The Government taking greater action on reducing the cost of childcare, men taking on more share of the unpaid domestic and caring responsibilities, and more workplaces being open to flexible working arrangements are only some of the fundamentals we need to get right.”

Walking the talk
Discussing trends and challenges are one thing, but implementing practical change is a key component to making a difference. Whilst McCrae takes some of the credit for what DBM Consultants does to support men and women in the workplace, she feels fortunate to work with leaders who are supportive of new policies or frameworks she proposes.

“Since joining DBM in late 2018, I am proud of some fundamentals that we’ve been able to introduce,” she says. “We have introduced an annual gender pay-equity review; driven a strong female-to-male ratio on both the DBM leadership team and Board; ensured our talent management framework incorporated a gender-lens; facilitated flexible working arrangements such as flexible work hours and an option to purchase leave; and introduced a company-funded, paid parental program accessible to both women and men.” 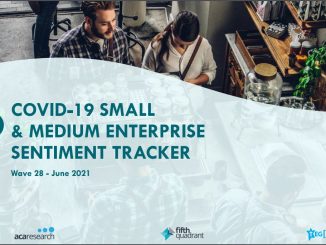 Measuring ROI: Enabling Insights to be the foundation of customer centricity