MEDIA RELEASE: May 11 2021: Leading strategic insights consultancy Nature has promoted four of its key executives to the role of Director and appointed them to a newly created senior leadership team.

Emma Tommasini, Sharon Spargo, Adrian Compton-Cook and Nick Tucker have moved into the new roles and joined the new team, which will work closely with Nature’s partners on the company’s day-to-day operations, strategy and future direction.

Nature’s Managing Partner, Chris Crook, said: “We’ve created the new role of Director to provide even greater long-term career growth paths for our people, particularly those seeking to become involved in strategic and tactical business matters alongside the partnership group.

“The senior leadership team will act as a key conduit between the Managing Directors of our Melbourne and Sydney practices, as well as being heavily involved in decision making across a range of matters.

“Diverse in its make-up, the new team will also focus on the development and maintenance of an optimal corporate culture, as well as the well-being of Nature’s staff, promoting balance, flexibility, diversity, inclusion, support and mentorship in the business,” he said.

Emma Tommasini has had a stellar career since she joined Nature as a Senior Consultant in 2016. She now manages five consultants and a strong portfolio of clients.

Since joining Nature in 2019, Sharon Spargo has taken on the role of Operations Leader in addition to Senior Associate Director, responsible for ISO accreditation, systems, processes, new staff onboarding, COVID compliance and return to office protocols.

Adrian Compton-Cook has been with Nature since 2009 and is well regarded for his deep subject matter, industry and methodological expertise.

Nick Tucker joined Nature in January this year from Kantar New York, bringing deep sector and methodological experience as well as a keen interest and expertise in methodological and delivery innovation.

In other Nature news, Lizi Pritchard has been promoted to Senior Associate Director of the company’s rapidly growing Sydney team. Nature Sydney Managing Director, James Jayesuria, said: “Lizi started as a Senior Consultant in 2019 and has quickly established herself as a critical team member in our Sydney business.”

Melbourne-based Scott Watson has been promoted to Senior Associate Director of Advanced Analytics. Scott joined Nature in March 2020 from Hall & Partners in London. He works closely with Nature’s Senior Partner Peter Stuchbery, who said: “Since joining us, Scott has had a huge positive impact on the firepower and strength of our analytics capacity.”

The changes follow Nature’s success at the Research Society Awards on 6 May, where it collected four awards.

Also, Nature’s Amelia Norton received a Highly Commended in the Young Researcher of the Year category. 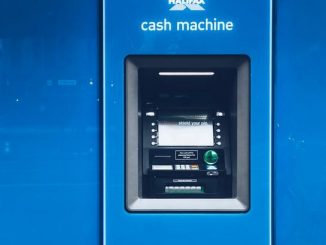 A strategy for building the business impact of insights: part 1