MEDIA RELEASE: July 19 2021: Advertisers looked for ways to stay top of mind with consumers as people retreated to their screens and devices while spending more time at home in 2020. The 20th edition of PwC Australia’s annual Australian Entertainment and Media Outlook revealed that to the end of December 2020, total Australian advertising spend contracted by 8.0 percent to A$15.4 billion, and consumer spend dropped by 1.9 percent to A$42.5 billion.

The hardest hit sectors were filmed entertainment with a 41.0 percent fall from A$2.2 billion to A$1.3 billion, and Out-of-Home (OOH) falling -39.0 percent from A$1.3 billion to A$772 million. Where some sectors saw an increase in readership, such as digital news, or an increase in audience, such as free-to-air television (FTA), revenue was lean for much of the calendar year, until a late surge in November and December as the country emerged out of lockdown.

One of the few winners off the back of the pandemic was internet advertising, which saw an increase of 3.3 percent from A$9.0 billion to A$9.3 billion in 2020. In the consumer category, streaming services did well throughout the calendar year, with Streaming Video on Demand (SVOD) increasing both subscribers and users, while Broadcast Video On demand (BVOD) services increased both audience and advertising revenues, albeit off a lower base.

Justin Papps, PwC Australia Partner and Australian Entertainment and Media Outlook Editor, said “The pandemic triggered the sharpest contraction in Australian entertainment and media revenues in the history of the report. While the contraction impacted the whole market, it was clear that some sectors were hit harder than others. However, even with the COVID cloud still lingering, momentum was strong for the sector going into the first quarter of the 2021 calendar year.

“We see five major power shifts that are impacting the entertainment and media landscape to varying degrees. The overarching shift is undoubtedly sustained digital disruption. This shift is then enabling significant power shifts into the hands of consumers, a shift of creative power to content originators, a shift based on location and the need for anywhere, anytime access and finally, regulatory shifts that put privacy and data monetisation under the microscope. Even with these shifts, the stability or resilience of the market overall should not be underestimated. The contraction of 2020 is giving way to a solid rebound this year, and a return to 2019 revenue levels within the next few years for most parts of the industry, if not sooner.”

Ongoing migration to digital consumption across all segments

As consumers stayed home and in-person venues shut down, use of digital services soared. While cinema box office revenues fell -67.4 percent in 2020, this was contrasted by increased availability, sector breadth and catalogue depth of the SVOD players, increased BVOD usage, and the sustained growth of the gaming and esports sector.

Australia saw significant growth as established players such as Netflix, Amazon and Stan expanded their content libraries. Binge and BritBox also entered the market, and relative newcomers such as Disney+ used the opportunity to try different business models, including Premium Video on Demand (PVOD) for new release movies.

There was significant growth in audiences watching live streams of esports events and the market for gaming content is on track to be valued globally at $US79 billion (A$102 billion) by 2025. Twitch has now become a leader in entertainment platforms with users spending an average of three hours on the platform, compared to Netflix users who only spend an average of two hours streaming per day.

PwC Australia Partner Samantha Johnson said, “One of the most profound impacts we’ve seen from digital disruption in recent times has been the increased use and prevalence of non-advertising supported platforms. The shift in weighting from advertising revenues towards consumer generated revenues has accelerated, forcing a number of key players to rethink their business model, in a world where the expectation is that consumers can access an ad-free or personalised service, but they have to be prepared to pay for it.”

With consumers more firmly in control of how they spend their time and money, especially during the pandemic, traditional platforms that advertisers buy to reach audiences at scale, including television, newspapers and OOH all had significant competition for their share of consumers’ attention. The range of competing media platforms and channels also added to the complexity of delivering a consistent message over time.

PwC Australia Partner and Technology, Media and Telecommunications Consulting Leader Laurence Dell said advertisers and brands seeking to get in front of their consumers had to rebalance their media and creative strategies in order to achieve their required reach.

“While targeting through digital and programmatic channels certainly played a role, the ability for a consumer to scroll past, skip or opt-out of an advertising message, coupled with the fact that large segments of the population are spending less time on advertising supported services, means that creativity in execution and sound channel planning has never been more critical for brands seeking to attract and retain new customers,” said Dell.

Total internet access revenue showed marginal growth in Australia in 2020 while demand for at-home connectivity rose, driven by a 38 percent growth in download volumes. The total Australian internet access market was worth A$30.1 billion in 2020, a year-on-year growth of 1.14 percent.

The increase in technology – specifically 5G – means that the technology-enabled quality of the viewing, listening, reading or gaming experience is able to meet the higher expectations and demands of contemporary consumers. The delivery of high definition content is expected to be delivered with zero lag and glitch-free – whether people are on the bus or in their lounge room.

“The key media consumption locations – the lounge room, the bedroom and in transit – are changing dramatically, as the era of specific devices having control over a specific location is over. The lounge room – once the domain of linear television and appointment viewing – now offers consumers the additional options of streaming, broadcast and premium video on demand, as well as gaming, largely thanks to the growth in connected televisions and a much simpler user interface,” said Dell.

Outlook for revenues at an industry level remains robust

“The powerful shift to digital consumption will provide a strong boost to global growth in these industries for the next several years. As companies race to meet consumers where they are with an ever-expanding range of products, services, and experiences, the entertainment and media industries will grow more pervasive, more immersive, and more diverse,” said Johnson.

Papps concluded, “As we emerge from the pandemic, industry players who take stock of the shifting environment, and evolve their strategies and business models to embrace the new consumer behaviours, will come out on top.”

To view the Australian Entertainment and Media Outlook, click here.

To view the Global Entertainment and Media Outlook, click here. 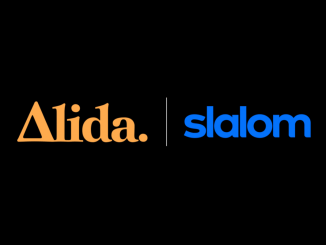 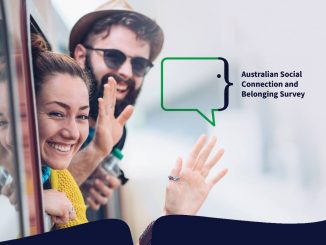