Like so many generations before them, Gen Z is having a moment in the spotlight. And as they share their voice and preferences with the market, brands across nearly every industry are paying top-dollar just for a chance to win their business.

Data on their values, behaviors, and habits have become the gold standard. But with so many data points swirling around the internet, generalizations and stereotypes can take hold easily and without much evidence. Gen Z is often painted in broad strokes as a monolithic generation with a liberal mindset and heart for activism. And while it may be true for some, it glosses over so many of the unique attributes of our most diverse generation yet.

So, SightX partnered with JUV, a marketing firm created and run by Gen Zers, to explore some of those perceptions, and differentiate the myths from the data.

The team used the SightX platform to survey a US-based sample of 1,538 respondents that identified as GenZ, between the ages of 14-24. Those respondents came from representative geographic locations and ethnicities in the United States.  The survey itself asked respondents multiple-choice questions relating to their top values, important activities, experience with social media, and the ways they develop connections with brands.

Values are complex for Gen Z. While they are quite a young group (ranging from 14-25), values like achievement (45%) and security (40%) by and large surpass those like hedonism (17%). But, while there is little doubt that the fallout from the pandemic has affected Gen Z, it’s important to remember—this isn’t their first economic crisis. Many saw a similar scene during the recovery from the Great Recession and witnessed a vast widening in the US wealth gap throughout their lives.

It’s also important to keep in mind that Gen Z is on track to become the most educated generation yet, which comes with a heavy dose of student loan debt.

With all this combined, it shouldn’t come as a surprise that as Gen Z ages, they place a higher value on stability and success. Unlike many of the generations that came before them, it appears they won’t be easily swayed by the siren song of self-indulgence.

While it’s no secret that Gen Z overwhelmingly prefers visual content (37%) when it comes to learning about brands, there is more to the story than typically reported. It turns out that being authentic (32%) and informative (28%) can work nearly just as well.

It’s imperative for brands to be transparent and communicative, especially when showing support or raising awareness for causes — Gen Z looks to see how brands go about addressing such issues and take this information into consideration when choosing which brands to purchase from.

Gen Z likes to see brands leading the charge and educating their followers on social media. Sharing art or informational graphics on an important topic or event goes a long way with a large segment (41%) of Gen Z respondents.

Influencer marketing is expected to be a $13.8 billion market in 2021. But brands may be remiss to hear that those efforts likely make little impact on Gen Z. Only a handful of respondents (5%) reported enjoying celebrity appearances or takeovers on a brand’s social media. And even less (4%) reported attraction to brands that used celebrity influencers.

There could be many explanations for this change of heart, be it the inauthenticity that comes with celebrity or the way many of the ultra-rich flouted pandemic guidelines throughout 2020. But no matter the cause, it’s clear Gen Z has little love for celebrities.

While micro-influencers appear to be slightly more popular (14%), it may be safer to assume that neither is a home run. It is likely that brands are overvaluing the impact that celebrity influencers have.

About half of Gen Z wants brands to “show the receipts”

In 2020, many brands dove headfirst into conversations surrounding public health, social justice, and equality. But, as time has passed, many (if not most) have toned down their stance or gone silent entirely, and Gen Z has taken note.

But while publicly stating support for a cause is a great start, it’s not quite enough. To authentically stand with a cause in a way that builds trust for Gen Z, brands need to show proof (47%). But, this support doesn’t have to only be monetary. Creating petitions, educating followers, and sharing actionable ways for others to get involved can be just as helpful. Because more than anything, using the power of your brand for good may be the simplest way to connect with Gen Z.

Gen Z is subverting the stereotype

The young people today are much different than their predecessors. While we may all share preconceived notions of each generation, our research proves Gen Z’s nuanced perception of the world.

This article first appeared in Research World on September 13 2021 and is reposted with their permission.

Photo by Duy Pham on Unsplash 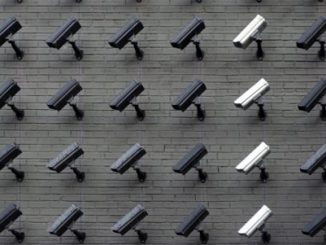 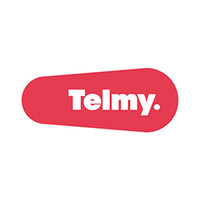 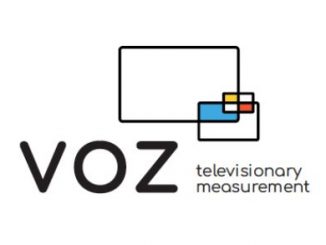