MEDIA RELEASE: November 2 2021: Against the backdrop of the 2021 United Nations Climate Change Conference (COP26) Dynata – the world’s largest first-party data platform for insights, activation and measurement – published a new global report revealing that nearly eight in 10 people globally believe that governments need to act on, and hold one another accountable for, shared climate change goals; furthermore, they believe governments, businesses and individuals can have greater impact if they work together in the fight against climate change. The stakes for action continue to grow, with 54% of the 12,000 people surveyed saying that a politician’s stance on climate change is a top 3 issue for them at the polls – and seven in 10 feel the climate change response actions of politicians fall short of their words.

Additional highlights from the report include:

“Climate change is one of the most urgent and pressing issues affecting our world today, and the attention paid to COP26 and other global climate gatherings only underscores that the clock is ticking for meaningful action,” said Gary S. Laben, CEO of Dynata. “Each of us has a role to play, and Dynata’s role is to use the power of our data and insights to further the conversation around climate change by connecting the voice of consumers with the urgency of this issue. This approach, combined with our other initiatives, including our corporate tree-planting program with Ecosia Trees, underscores our commitment to applying the strength of our data to understanding and addressing the social, economic and policy challenges in the fight against climate change.”

Global Consumer Trends: The Urgent Fight Against Climate Change is available for download on Dynata’s web site and will be shared in a 10 November webinar – register here. 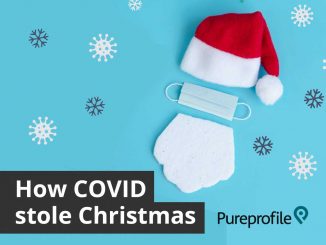 New research reveals how COVID-19 is set to steal Christmas