MEDIA RELEASE: November 15 2021: Australia’s Greatest Showman Hugh Jackman has been rated our most popular celebrity according to a new survey asking almost 2500 participants about their opinions of more than 100 of the country’s top personalities from film and broadcasting.

The survey was commissioned by media and marketing agency Talent Corp and undertaken by research firm Lewers and survey company Pureprofile. Branded The Australian Talent Index, it lists Australia’s most well-known, popular, trustworthy and controversial stars.

Nicole Kidman tops the list of most well-known, but the Hollywood star and Oscar winner is not among the top 10 most popular Australian celebrities, with Jackman, Chris Hemsworth, Margot Robbie, Bryan Brown and Toni Collette taking the top 5 spots.

The popularity index is calculated by subtracting the proportion of people who disliked a personality from those who liked or loved them, giving each a score ranging from -100 (universally disliked) through to +100 (universally liked). Jackman is a clear winner, with his score of +84 rating 13 points clear of Chris Hemsworth on +71.

The Castle star Michael Caton is rated the most trustworthy and Barry Humphries the most controversial of Australia’s actors.

Among our broadcast talent, Guy Sebastian is the best known, with 83% of people surveyed recognising the singer and judge of The Voice.

Comedian, radio and TV presenter Sam Pang is rated the most popular talent on the airwaves, just ahead of Hamish Blake, Dr Chris Brown and Georgie Parker. Better Homes and Gardens presenter Graham Ross is considered the most trustworthy.

KIIS FM Breakfast host Kyle Sandilands is rated the most controversial broadcast talent, ahead of former Sky News and 2GB host Alan Jones and Herald Sun columnist Andrew Bolt. The Australian columnist and Sky News presenter Peta Credlin comes in at No.6. Of the sports broadcasters, commentator Bruce McAvaney is the most recognised and most popular, with former AFL legend Leigh Matthews rated the most trustworthy.

Talent Corp’s Managing Director Mark Noakes said the main motivation for conducting the survey was to provide the media and marketing industry with a robust and reliable system to measure the popularity of Australian celebrities. Using this data and automated AI analysis, Talent Corp can now also accurately inform businesses which celebrities align most closely to their brand.

Noakes said: “The ability of a trusted or popular presenter to deliver return on investment for a brand is well established. A way to match that presenter with a brand, much less so. The Australian Talent Index seeks to change that by providing the industry with up-to-date picture on media and entertainment talent. It really is a very quick and a convenient way for brands and agencies to match, rank and compare talent for campaigns and ambassador roles”.

The 2435 participants in the survey were asked whether they recognised the celebrity, then how much they knew about them and then how they felt about them on a scale including ‘dislike’, ‘indifferent’, ‘like’ and ‘a favourite’. They were then invited to describe their own thoughts about the personality and also to rate how appropriate each would be to promote a list of 17 different industry sectors, such as retail, automotive, alcohol, technology and hardware.

Lisa Lewers, the Founder and CEO of Lewers, said: “We have been excited to be involved with the Australian Talent Index project from its inception.

“We have the captured sentiment across 120 currently working Australian media and entertainment personalities referenced against 12 consumer attitudes and 17 industry sectors as well as a range of geographic, demographic, occupational and consumer interests.

“It is the first study of its kind to leverage AI to understand the breadth and depth of the emotions Australian talent evokes – from love to hate and everything in between. It’s a comprehensive lens into how talent makes Australians feel.” 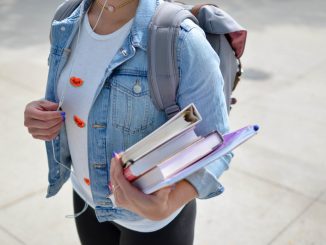 ‘Belonging’ is an area of trending interest in the uni sector; New research reveals the impact it actually has on students