I first met Tim in 1997. He was a Principal at The Leading Edge, a pioneering market research consultancy he co-founded in 1990 with Derek Leddie. They were looking to open an office in Melbourne.

Tall, confident, well-spoken and well-dressed, Tim was a dynamic and engaging presence. Throughout our meeting, his passion for qualitative market research, his clients’ and the challenges of entrepreneurial business ventures was immediately apparent.

Tim was charismatic, giving and inspiring loyalty from all who knew him. Always happy centre stage, he charmed others with his rhetoric and wit, and never lost his enthusiasm for telling a great story.

Although I didn’t take the job he offered in 1997, it was the beginning of a 25-year professional and collegial friendship.

It was in January 2004 when I joined him at Arnold & Bolingbroke (A&B), a company he founded in Sydney three years earlier, that we worked together and discovered how much outside of market research we had in common.

We shared a similar passion for music, racing, cars and motor cycles. He loved the idea of being a DJ and acquired a professional turntable, favouring an eclectic mix of rock and pop classics to play at family parties. He had an interest in anything with a motor and brought this into his working life very successfully. We spent a memorable day training and racing around the track at Philip Island in Victoria in a range of super cars. In separate vehicles, we made 48 high-speed laps around the track. Tim continued with track days and for many years owned a dedicated Subaru racing car.

At Arnold & Bolingbroke we worked together for 12 years. While our professional skills and research talents complimented each other, we became good friends.

Always on the look-out for, “…new tricks and new ideas…”[1] Tim enjoyed a professional challenge and wasn’t afraid of change. Every 10 years or so he would reinvent himself, take a new idea forward or develop a new research business. His intrinsic understanding of his client’s needs and his knowledge of brand strategies underpinned his ongoing success.

Moving from Arnold & Bolingbroke in October 2015 Tim joined BrandHook as Head of Strategy in the Sydney Office where he worked until December 2016.

TJB Strategies Pty Ltd, set up by Tim in January 2017, was an established business by 2021 and continued to grow throughout the COVID pandemic; a testament to Tim’s ability to rethink ways of working, to engage with new ideas and embrace technology.

Tim was born on 15th April 1959 in Woolwich, London to Dorothy Margaret Jean Gale and Jack Biddlecombe. He was a younger brother to Peter and Jenny, and an older brother to half-sister Elizabeth from his father’s second marriage to Mary. Tim never lost touch with his UK roots. He kept in close contact with his brother, sisters and wider family members all his life, never missing a wedding or important event.

He graduated from Wildernesse Secondary School, Seven Oaks, Kent in 1979 where, in his final year, he was head boy––and lead guitarist in a rock band. Moving on to study at Bradford University he acquired a B.Sc. in Sociology and came away with “…a passion for consumer and social psychology”[2]

In 1981, he returned to London, and at 21 started out as a telephone interviewer. The job, a customer satisfaction survey for new car owners was to define his career in qualitative market research. Interviewed by theintrepreters.com he said of the job, “I’ve always been into cars myself so it was a joy. And that love of automotive and market research has stayed with me ever since”[3]

Tim gained the first tools of his trade in qualitative research in the UK.  He worked as a researcher at Plastow Research, between 1983-1985; a senior automotive researcher with The Harris Research Centre between 1985-1986. He first met Peter Arnold and Ann Bolingbroke in 1986 -1988 when working at Nova Research, part of the MaS group.

In 1988, Tim moved to Australia with his first wife Karen Beham. He began work in January of the following year as Group Account Director with Frank Small & Associates in the Sydney office under the direction of Barry Merritt and Phillip Samuel.

Two years later, in 1990 The Leading Edge was founded.

Tim loved Market Research. He always said he was one of the few people who chose the industry. He was very much a “hands on” researcher who enjoyed the challenges, problem solving and interaction with people, the business and the clients.

In our early days, working together at A&B, Tim would often say, “…people neither say what they mean nor mean what they say…’ It was this, his ability to understand and interpret what motivated people that made him stand-out as a successful qualitative market researcher and leading Brand Strategy professional.

A lecturer at AMSRS in 2012, 2014, 2016 and 2019. Tim held ADMA and QPR professional accreditation in marketing and market research and full membership of the Research Society.

In April, this year, for Tim’s birthday, the two of us got together for lunch at Milson’s Point, Kirribilli.  Looking out across Sydney harbour we swapped stories, laughed and celebrated life and friendship. Tim was very happy, at the top of his game and enjoying the success of his new business and a loving family life.

Tim was an innovative, highly regarded and successful qualitative market researcher. He will be missed in the industry. At heart however, he was first and foremost a family man. He was a loving father to Hugo, Sophie and Asher who he shared with his third wife Kathy Ehmann and a much-loved and devoted stepfather to Beccy and Sam who he shared with his long-time partner Deborah Samuels who he married on 17 May 2014.

Tim died on 4 November 2021 on the Snowy Mountains Highway, Talbingo while riding his BMW K1600 GTL motorbike. He was 62.

The author would like to thank Deborah Samuels, Tim’s brother Peter and his sisters, Jenny and Elizabeth for access to family information. 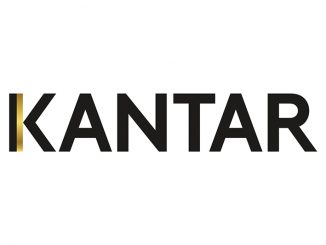 Glow appoints Head of Partnerships for the Asia Pacific 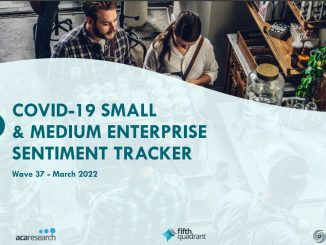