MEDIA RELEASE: February 2 2022: Strategic research and consulting agency, Fifth Dimension, has released the results of its worldwide research into sustainability and what consumers want governments and companies to do about it.

“We know consumers are concerned about climate change. The argument has moved on from whether or not climate change is real to what is the world going to do about it,” Fifth Dimension founder and CEO, Lyndall Spooner said. “The overwhelming majority of consumers in Australia, UK and US believe companies have a moral obligation to lead the way on sustainability as corporations are viewed as more likely to have a positive impact on climate change than their own governments.

“What is viewed by many as the continued failure of governments to act on climate change now sees consumers putting their hope in the commercial sector where they believe there is a greater desire to act quickly.

“Sustainability is now a global social force that cannot be ignored. At the end of 2021 consumers have galvanised their sustainability mindset and are using the power of their buying behaviours and decisions to force corporations to drive the large scale change they cannot achieve as individuals. However, they require transparency and facts of actions taken to give them confidence of where to place their loyalty.

“Almost half of all consumers say they do not have a good understanding of what it means for a brand to be sustainable. As such consumers would like companies to be required to report on their environmental impact to help them make better decisions on which companies to support. Advertising and packaging are believed to be good sources of information on a company’s environmental and sustainability practices. Advertising that provides information on sustainability is considered to be highly informative, however, like all advertising it is less likely to be considered truthful and therefore needs to be factual in its nature.”

Consumers are not naive. While the majority firmly believe companies will always prioritise their self-interests over any obligation to society, they also believe companies that have moved early to implement an ethical supply chain do it because they authentically believe it is the right thing to do.

“It is clear, companies that genuinely take positive steps to address climate change now will be rewarded; morally and commercially. And while scepticism often plagues companies that promote their charitable and community driven activities, consumers are asking companies to declare their views on climate change and to educate them on how their actions are making a difference,” Spooner added.

Widely respected, Spooner has over 25 years of experience in consulting and research services and is considered an expert in the field of strategy, research and customer experience (CX). Fifth Dimension is a highly revered and globally focused industry-leading strategic research and consulting agency that has amassed a distinguished portfolio of well-known clients including: Westpac, Coles, HCF, Telstra, Foxtel, Colgate and the Commonwealth Bank.

“In fact, only one in three people, 37 percent, believe it is up to governments and not companies to determine how we should respond to climate change. Belief that the government should take a leadership role on climate change steadily declines with age as only 31 percent of baby boomers put their faith in the government compared to 43 percent of Gen Z.”

According to Spooner, this research should be alarming for the government.

“What we are seeing here is that younger people are saying governments are key to acting on climate change however as they get older their faith in government to be effective decreases and they turn to the private sector to counter ineffective governments,” she said.

“Will people around the world continue to lose faith in governments to act on the greatest moral challenges of our time? Will we see greater reliance placed on the private sector to step-up and take over the role of governments? Climate change will certainly be a litmus test for governments to put their citizens before their own self-interests.”

“While there is always going to be scepticism around the motivations of companies to prioritise their own self-interests over the greater good, one in two people, 48 percent, believe that companies that are currently moving to act on climate change and implement things like ethical supply chains are doing it for authentic and benevolent reasons.  Based on our research, we believe the early movers are more likely to gain a preference and differentiation in the market for being authentic in communicating around sustainability.

“The majority of consumers, 60 percent, also believe they would be better off if all companies were required to report their environmental impact.  64 percent of Australians are of this view, slightly higher than in the UK, 61 percent, and the US, 56 percent.  The challenge is what standards can be put in place to ensure consistent reporting of how sustainable a company is and how the claims can be validated.”

Advertising and packaging should be used as a vehicle for communication of sustainability information
Spooner states that one of the key findings to come out of the research relates to the desire for brands to communicate their actions.

“One in two consumers, 46 percent, state that advertising and packaging are good sources of information on a company’s environmental and sustainability practices. This is consistent in all countries and across all generations.

“In Australia only one in two people, 56 percent, say they have a good understanding of what it means for a brand to be sustainable.  Baby boomers have the weakest understanding, 48 percent, and millennials the strongest at 67 percent.”

“We are clearly moving to a world where sustainability will be a key decision factor for consumer brand choice and a point of competitive positioning,” Spooner added.

“In fact, one in every two Australian consumers, 54 percent, said a brand being honest and ethical is very important when choosing a provider, while one in three, 32 percent, said sustainability practices were very important. And it does not matter the industry you operate in, we see the same desire to buy from sustainable brands across banking, 36 percent, supermarkets, 32 percent and telecommunications at 28 percent.

“What will be the value of a brand being able to state in their advertising and print they are carbon neutral on their packaging and what will be the cost for brands that cannot? With increasing commoditisation this is the next point of difference for brands; one that can truly connect consumers and brands through shared values.” 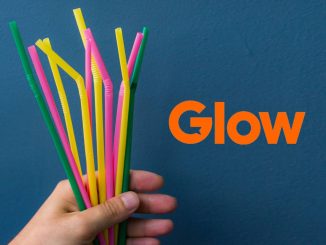 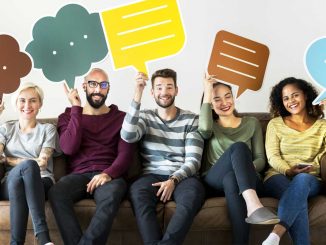 Why we need Online Qual more than ever